Damned when you do 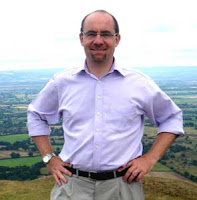 My local paper recently did a day in the life feature on Dorset South Labour MP Jim Knight, Minister in the Department for Children, Schools and Families. Yes, it is pure PR. It tells the story of a busy MP whose time is divided between the ministry, his constituency and his family. There are some lovely vignettes such as: on his desk "He has school design books, pictures from children, photos of his family and a large bowl of fruit"... "My legs are a blur as Jim and I race to the Houses of Parliament. He's carrying a sheaf of papers. "In case I can flick through during the Budget." he is reported to have said!"... "Jim returns from a press interview to be told he's supposed to be on front bench duty. What's that? "Sitting on the front bench to support whoever's speaking." He decides to do proper work instead." Why are such things important? Well for a Minister concentrating on the constituency can be trickier than as a backbencher, a problem perhaps as he sits on a very narrow margin and campaigned in 2005 as a strong local advocate and representative: his monicker of 'Just Jim' holding a lot of credence among the voters. Therefore this sort of PR allows him to maintain a profile across the area as opposed to just those who contact the MP; also it is a way of appearing authentic while hardworking in an era where MPs are seen as untrustworthy and remote. Does it work, well it depends who reads it and how they decode it.
No-one is ever sure who reads letters pages, but the one bit of feedback is highly negative. Mike Fry of Upton in Poole writes that the article underestimates "the true feelings of many of your [The Echo's] readers. She [Faith Eckersall] "avoided championing the things that matter, like how much do we pay this MP to represent us from 8am to 5pm" (though the article did state it was Faith and not Jim that stopped work at 5pm). While Faith was 'impressed', Mike was not, and may lead others to also question the article hence leading some to build a negative image as opposed to the positive tone of the article. Hence sometimes you an be damned for not getting in the news with a bit of PR or damned when you do and it is decoded in a negative way.
Posted by Dr Darren G Lilleker at 12:42 pm

Hello I just entered before I have to leave to the airport, it's been very nice to meet you, if you want here is the site I told you about where I type some stuff and make good money (I work from home): here it is