A dangerous card to play 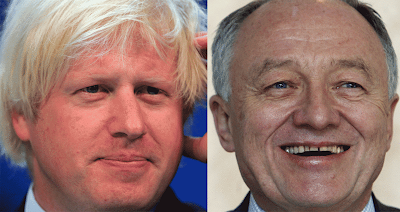 And that card is, the race card. Despite the notoriety earned for his insensitive comment that a Jewish journalist was acting like a concentration camp commandant, Ken Livingstone has pursued a One London approach to multiculturalism in London. In response to the 7/7 attacks this became symbolic of a fighting spirit that Livingstone wanted to inspire across all Londoners against 'the other' the terrorists who sought to undermine British society. Using that as a backdrop for his campaign is one thing, but branding his Conservative opponent as a person who undermines that notion is another. While he did not call Boris Johnson as racist, in launching his campaign Livingstone delivered a speech in which he also launched an attack on Johnson as a divisive figure. Juxtaposing his successes and the potential for Johnson to fail, Livingstone argued: "Racist attacks in London are down by over half, when elsewhere they are up. In contrast, Boris Johnson's campaign uses the right wing dog-whistle politics that attack political correctness."

In terms of styles there may be some accuracy to Livingstone's comments; it largely depends on where you stand on political correctness. However in terms of strategy it could be highly problematic. The problem for Livingstone is that familiarity seems to have bred contempt and after eight years he is as associated with the problems faced by Londoners as with his successes and his potential to be a good mayor for another term; thus he needs to stress his own positives. Secondly, Boris Johnson is well-liked and not seen as divisive, his comments may sometimes be ill-conceived but many may view him as acting without malice at the very least. Thirdly Livingstone talks of left and right, with Johnson being on the right; but do such things mean much to everyday Londoners? Finally, and perhaps most importantly, attacks may not be the right approach anyway. If the contest gets personal it could heavily reduce turnout and support in both the main candidates or if one goes all out for an attack their support could disappear.

Mirroring support for the parties nationally, a poll yesterday showed that Johnson had the lead with 49%, Livingstone trailing at 37% and Brian Paddick the Liberal Democrat candidate enjoying only 12% of support. Allegations surrounding the Livingstone team have done him a lot of damage thus it would seem to be a better approach to lead on the positives of his period of office, examine those things he has done that are popular and distance himself from anything unpopular (including Labour and Gordon Brown). Attacks may undermine him as much as Johnson, if not more so, especially when the audience do not see them as fair. There maybe a number of open goals on Boris's side of the pitch but Ken has not seemed to score in them yet.
Of course negativity is not solely the province of Ken Livingstone. There are a number of scathing attacks on Livingstone across Conservative sites, but Johnson's own comments have been surprisingly circumspect and more about policy (to an extent) than personality. He doesn't like 'bendy buses': "Ken Livingstone's odious, inhuman, socialistic 18-metre Frankfurter buses blindly pasting the cyclist against the kerb". But Boris may get away with that, especially if such comments resonate with Londoners.
Posted by Dr Darren G Lilleker at 3:29 pm

I think the 2nd preference votes may just squeeze it for Ken.

As for the policy, I have only really heard about the bendy bus which would be silly to get rid of. Bikes & People with a physical disablity are no longer left behind so to get rid of them is stupid.

You only have to play the card that he has slagged off two "cities" in his time calling one a drug haven.

anyhow as i said my 2p